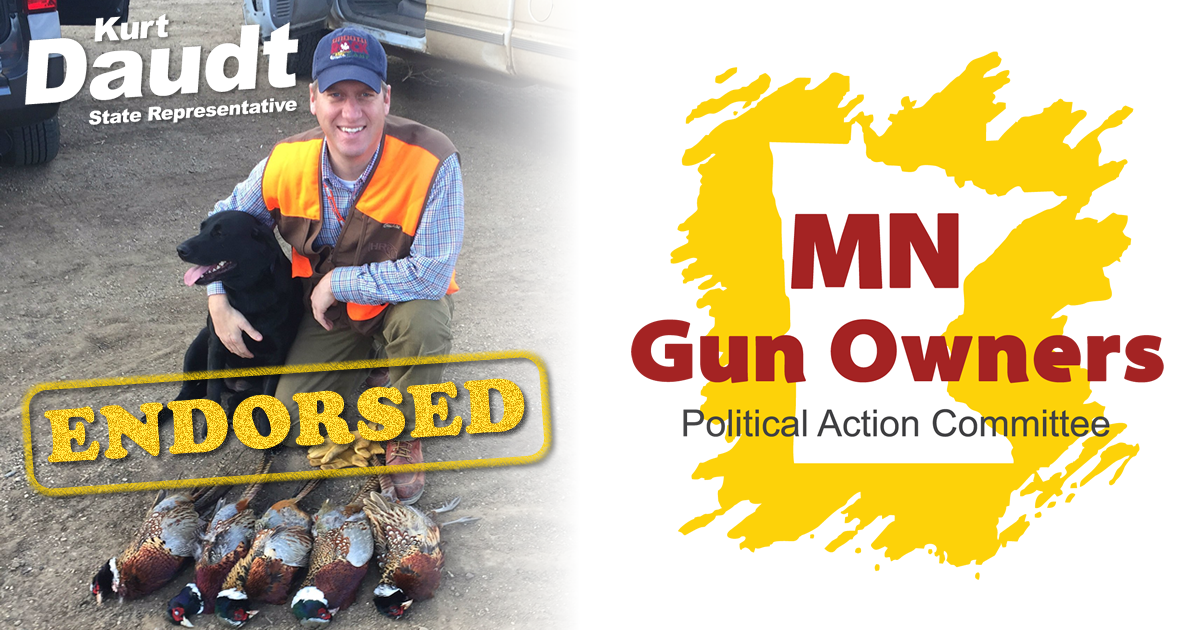 "As Speaker, Representative Daudt's leadership was evident during the most recent legislative biennium with the passage of five pro-gun bills that passed with large bi-partisan majorities and were signed into law by Governor Dayton.

Rep. Daudt was able to accomplish this despite a divided government and a governor reluctant to sign pro-gun rights legislation.

He is a leader that gun owners in Minnesota can trust to protect and strengthen their constitutional rights in the years ahead."

Why Re-Elect Kurt Daudt in House District 31A?

Gun Owners across Minnesota can trust Kurt Daudt to protect their constitutional rights in Saint Paul.